For many years the opening prologue to the Gospel of John has given me much to ponder. I still don’t know exactly what those words mean, but I do know that they have a way of working on me, pulling me into some sacred direction, and giving more depth to my life and my faith. Today, in our current environment, that opening prologue clearly is calling me to say out loud, “Words matter.”

I feel like I shouldn’t have to say this, but recent events such as the pipe bomb scare and the horrific massacre of Jewish worshipers in the Squirrel Hill neighborhood of Pittsburgh and the ensuing dialogue about who is responsible, forces me to say what shouldn’t have to be said, but must be said again.

Why do I say this? Because I wouldn’t be writing this blog every week unless I believed that my words had some impact on the life and the spirit of the presbytery. I don’t HAVE to write a blog. In fact, my life would be much easier if I didn’t carve out a three to four hour period every week to write. I have enough emails to respond to, committees to support, staff to supervise, and churches to visit that adding a few hours just to write a few words takes a monumental effort of discipline and organization. If words don’t matter I will quit this silly exercise right now. 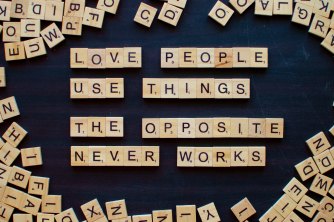 And here is the thing about words. I am in a position of some authority. I don’t believe that I am so powerful that I can say something and expect that everyone will immediately follow my lead. But I do believe that my words have the power to subtly shift how we think about ourselves and what commitments we make. I might be wrong but I believe that my words have a subtle way of giving permission for our behavior and for constraining our behavior. I am in a position where I get to set the tone for the life of our presbytery. I am in a position where at least some people are taking what I say seriously and acting on what they hear. I do not take this responsibility lightly.

Here is the deal. If I say something that causes you to act in a way that is irresponsible, you are responsible for making the choice that you made. I can’t make you do anything. You get to be ultimately responsible for your choices, whether they are good or bad. But that doesn’t get me off the hook. Because I am also responsible for creating an environment where your irresponsible choice was made easier, seemed more permissible, and had encouragement from me in my place of authority. I can’t make you behave badly, but I can nudge you in that direction by what I say. 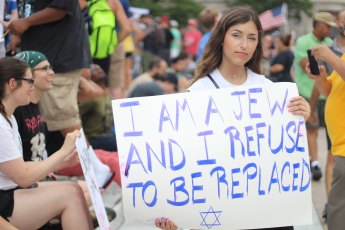 But those of us in positions of authority don’t get the same pass that Joe or Sue on the street get. It’s one thing for your next door neighbor to say “Any guy who can do a body slam is my kinda guy.” It’s a whole other thing for me to say something like that, for a parent to say that to a child, for a principal to say it to a student, for a pastor to say it to a parishioner or for a president to say it to a country.

Those of us in positions of authority recognize that our greatest tool is not our ability to fix a car or serve a meal or design a house. Our greatest tool is the platform we have been given to use the power of our words. Words always matter. But in our positions words can mean the difference between hope and despair. Words can make the difference between feeling a violent impulse and hearing permission to act on it.

“In the beginning was the Word…”

This is the stuff of life and death.