I wasn’t always good about spiritual disciplines, but after my divorce twelve years ago I fell into a morning practice that included about a half hour of gentle yoga, a short reflection on some piece of reflective writing and a form of prayer journaling called Morning Pages. I was searching this week for the right Holy Breadcrumbs topic. Usually the topic is waiting for me minutes after completing my prior blog, but this week I just couldn’t seem to land on something that just had to be said.

That is…until I opened the book I am currently using for my morning reflection, God, Improv and the Art of Living by MaryAnn McKibben Dana. In this book she discusses God as one who honors the Yes/And. Apparently it is an improv rule that when one person makes a statement the other person has to affirm it and add to it. One cannot say to a statement that the sky is purple, “No, actually the sky is orange today.” One has to say something like, “Yes, it is purple and I plan to hold our Advent services outside today since the sky matches our liturgical colors.”

Where MaryAnn threw the arrow of self-revelation at me is where she said, “Many of us tend to be “Yes/But” people. Right away I knew that she was talking about me. I remember working with a spiritual director over twenty years ago who kept encouraging me to link two thoughts together with the word “and” rather than “but.” BUT, unfortunately I was unable to do it!

Even in my first paragraph I was careful not to censor myself for the purpose of this blog and discovered the word but naturally flowing out of me. I used it twice in a blog that is not supposed to be about buts! Alas, MaryAnn has nailed me. As much as I try to be a Yes/And person my default position is more often Yes/But. 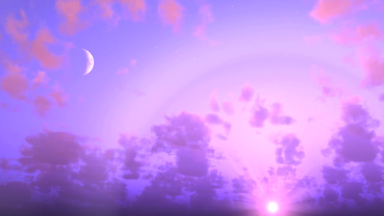 As I reflected on this I realized that something happens when we change our language from but to and. Instead of two ideas or two statements being in conflict with each other in either/or thinking, it opens up the possibility of a third way where two seemingly opposing ideas can both be true. But puts a brake on possibility thinking; And opens up the window to a myriad of possibilities and ways that haven’t even been dreamed up yet. The sky is purple! Okay, let’s hold Advent services outside and sing Prince songs (reference to his Purple Rain album)! 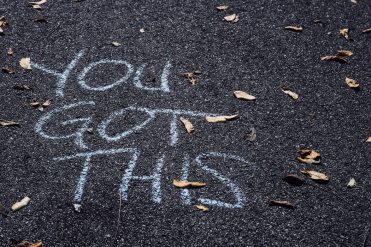 Can you feel the difference? One puts the brakes on; the other invites us to move forward. But seems to separate hope and change into two separate events; And says the two can co-exist like good marriage partners.

I have been aware of my obsession with but-thinking for over twenty years. I have to admit that this will be a difficult shift for me. AND I promise to do my best (it took all my will power to not say “but” there!).

I invite you all to join me in moving from BUT to AND! I believe we have a very hopeful future before us AND I believe that we will have to embrace a radical reorientation of what it means to be church.

Change and hope can exist in the same sentence.

4 thoughts on “And and But”