I have been around Presbyterian circles long enough to know that many of our congregations pride themselves on an open-ended search for truth and nurturing a deep curiosity about life. When it comes to talking about faith one is more likely to hear the word mystery than certainty from a Presbyterian pulpit.

I have also been around long enough to know that the above-mentioned is not the perception of most people in the community. It doesn’t matter what denomination you hail from or even what religious tradition you pledge allegiance to. A persistent and prevalent perception in the community is that if you are part of a religious organization you are most likely rigid, intolerant, possibly racist, sexist and most likely homophobic.

I don’t know if you are like me, but I am careful about how quickly I reveal that I am a Christian, a Presbyterian or a church professional when meeting strangers. I always hope that I have a few minutes for people to get to know me first so that when they finally discover that I am a church person their first reaction is, “Really, but you seem so open and nice?” Then I have a chance to say that not all Christians are like you think. 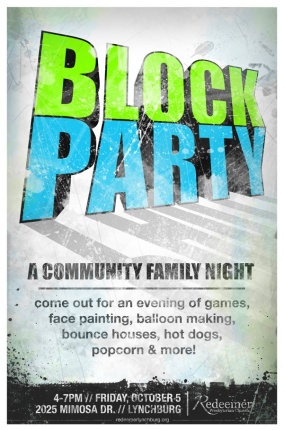 am now old enough to know that it wasn’t always this way. I remember growing up nearly a half century ago and feeling no embarrassment about going to church or stating which church I attended. The funny thing is I am not sure how much we church people have changed over that time. In fact my hunch is most of us have actually become more open, increasingly tolerant and less inclined to think in absolutist terms than we were decades ago.

But something has changed. The dominant religious voices who get the airtime are often the most strident, the least compassionate, and the most judgmental of people who think and look differently. If community-based Christianity was the norm in people’s minds fifty years ago now it is judgment-based Christianity.

Quite honestly, I grieve that I can’t say that I am a Christian without also having to immediately describe what kind of a Christian I am. I could have never imagined a day when my spiritual values were closer to that of a humanitarian atheist than to Bible-thumping fundamentalist Christian.

But I write this because, despite all the times I have said that the church must change, I am convinced that we in the Reformed tradition have more of a perception problem than a substance problem.

The people of our communities are looking for safe places where their questions are heard, where their open and curious search for truth is affirmed, and where diversity of thought and experience is welcomed. The cool thing is that already describes the vast majority of our churches.

Yes, we do need to change. Some of what we do is just plain old and tired. Our structure often gets in the way of good ministry rather than supporting good ministry. And we still use “that’s the way we have always done it” way too often.

But at our core we are not the perception that many in the community have of us. Rather than being rigid and intolerant we are theologically flexible and open people. Rather than beating people over the head with the gospel of judgment we prefer to bless people with the spirit of grace. Rather than being absolutely certain about who God is we are people who trust in the Divine mystery.

At our core and in our substance we are just what the community is searching for—openness, tolerance, love, grace and acceptance in the name of a God whose character is exactly that. This is the Reformed way.

Maybe we don’t have to change as much as we sometimes think we do.

Maybe we just have to do a better job of telling our story!