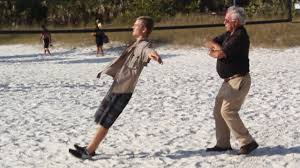 Have you ever participated in a team-building event and done one of those trust exercises that makes your palms sweaty and your heart start to race? You know the one I am talking about. The leader says, “Pick a partner. I want you to stand here with your eyes closed with your back to your partner. When I say, ‘Go,’ I want you to fall straight back trusting your partner to catch you before you hit the ground.”

It’s funny to watch others try to do it. Some teasingly ask, “Can I change partners?” Others check out the ground behind them to see what kind of grassy or sandy or rocky surface they might land on. Still others make a valiant effort at it only to find themselves bailing out as their body suddenly cries SOS. Usually, at least one partnered team pulls off the stunt eliciting whoops and hollers and then, one by one, each of the teams follow suit knowing that it is survivable.

If you have ever done this you know that there is a terrifying split second where you either chicken out or give yourself over to the radical experience of trust. It makes sense. You only have a split second to decide, “Do I trust myself or another person?” And it isn’t really a conscious decision. Your body will often overrule your mind.

I thought of this team-building exercise as I came across a line in Henri Nouwen’s book Discernment that is part of my assigned reading for my DMin. program. He writes, “When we humans are ready to give up hope and resign ourselves to inevitability, God intervenes and reveals completely new beginnings.”

This is one of the most hopeful and scary lines I have ever read. It is wonderfully hopeful in that Nouwen declares that we have a God who intervenes in our lives and is always at the ready to initiate new beginnings. It is terrifying in that apparently the path to get there requires us to “give up hope and resign ourselves to inevitability.”

Isn’t that interesting? Could it be that God doesn’t intervene until we make room for God to intervene? As long as we still think we are in control of our lives and our futures God will sit back and watch and think to Herself, “Look folks, I am ready when you are ready. All you have to do is let go, fall back and let me catch you.”

Nouwen’s line reminded me of the first step of the twelve steps of Alcoholics Anonymous—“We admitted that we were powerless—that our lives had become unmanageable.” In a published history of the Alcoholics Anonymous movement the writers admitted that they only wrote about the “low bottom” cases saying that, “many less desperate alcoholics tried A.A., but did not succeed because they could not make the admission of hopelessness.”

Why is this the case? Why do we have to hit rock bottom before we are willing to let God or others help us out? Why do alcoholics wait until they have nearly destroyed everything important to them before they admit they can’t do this on their own? Why is the trust exercise so easy to understand and so difficult to actually do?

I don’t have the answer to that, but I do know it to be true. It was true when I worked in hospice. Families, although they were offered hospice care months earlier, didn’t accept it until it was obvious there was no way out of this except acceptance of the end of life. It was true when I worked with adjudicated youth who wouldn’t accept the court’s conditions until they reached that point where it was either prison time or “shape up!” It seems to be true for some of our churches who will go to all kinds of lengths to bargain their way out of loss and decline rather than to admit that their only hope is to finally fall into hopelessness and the inevitability of projected futures.

We often say that our “hope is in the Lord” and at the same time depend on our own well-thought out plans. It’s like saying we believe that our friend is going to catch us, but refusing to actually fall backwards. Or committing to quitting drinking, but being unwilling to throw that last bottle of expensive whiskey out. Placing our hope in the Lord means we have to go all in! No putting our hands out when we fall…just in case. No whiskey bottles hidden in the garage…just in case. If God is going to intervene, we have to give it all to God. 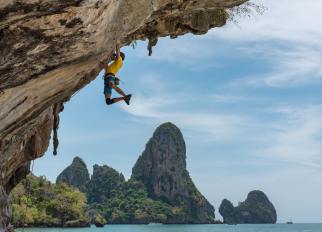 It’s like that tired old sermon illustration of the man who is hanging on to a branch over the edge of cliff. He calls for help and the voice from above says, “This is God. Let go and I’ll catch you.” After more thought the man cries out again, “Anyone else up there?” There has to be an easier way, we think. Henri Nouwen and team-builders and Alcoholics Anonymous tell us there is no easier way. God will wait until we are all in!

Of course, this isn’t really news to any of us. We are a people who trust in the core Biblical narrative of death and resurrection. We already know that you can’t have one without the other.

SO……..go ahead. fall back. let god catch you on the way down.

One thought on “When Hopelessness is God’s Cue”