This is going to sound like a cry for sympathy, but I assure you it is not!

Next week I am preparing to make a move from my Portland apartment (within a mile of the presbytery office) to an apartment in Oregon City where I should be able to see my grandchildren more and have easier access to country roads for my type of cycling.

Eight years ago as I was nearing the completion of my work at Eastminster in NE Portland I met separately with two presbytery executives to talk about my future pastoral possibilities. Both of them said the same thing, almost in identical words, “We have reached a point in the ministry where you either need to decide to commit to a location and take whatever work you can or commit to ministry and follow the work.”

This was important for me to hear. I still believed that a pastor could and should have both. We should be able to follow the work of ministry and not have to pull up roots! I know, it does sound a little naïve, doesn’t it? But I had carried that image from my childhood where I believed that one could have it all—follow God and stay put all at the same time. I believed that I could be rooted in the movement of God and forever rooted in a static place all at the same time.

I took their advice and I followed the call of ministry. Since that time eight years ago I have lived in five different communities and seven different houses/apartments. Next week will be my eighth household in as many years.

Again, this could sound like a plea for sympathy, but it is not. I really think of it more as a teaching moment. Eight years ago I decided that following the call was more important than being able to put roots down in one location. This was my choice! But it was also based on the growing reality that ministry is not static. Ministry is not confined to a certain community, a specific neighborhood, a confined location, and a beloved building. We have to admit that God is on the loose! 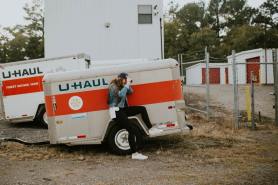 Do I struggle with yet another move? Yes, of course! I can’t believe that I am going to put myself through this again. But nineteen months ago it felt like I needed to be close to the office as we were putting this new presbytery structure in place. Today I can no longer justify the Portland rents and, truth be told, I have two darling grandchildren that need their Geepa (okay, I probably need them more than they need me!). And we are experimenting with what it means for the presbytery office to be mobile and work from remote locations.

I write this because I do believe that we are in a different time in ministry. Eight years ago I would have loved to have stayed in Portland, but I also knew that it would likely mean that I would be forced to take work out of necessity rather than from a sense of calling. I would have to accept the work that kept me in a certain location rather than follow the work that reflected my deeper call.

I write this because this is not only my question, but I keep hearing it as your question as congregations: Do we follow the call of God wherever it leads us or do we limit our ministry to what we can do in our particular location and building? 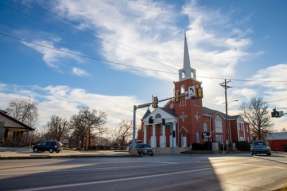 Eek! Just looked at the clock. Gotta run! The movers come in five days and I have lots of packing to do!

But don’t worry about me. I have become an expert at being on the move.

See you down the road…