In the last month I have had a couple of conversations with pastors who have asked, “Is it really as bad as some prognosticators have made it out to be?” Of course, they were referring to predictions that mainline Protestant churches across the nation are in an unstoppable downward spiral that seems to have no hopeful end.

I am a person who approaches this from two lenses—one of which mirrors the prognosticators of gloom and doom and one of which sees God’s resurrection story being lived out in our own backyard. 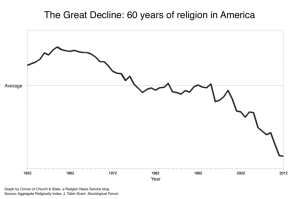 If one simply looks at the numbers the projections do not look good. The PCUSA continues to lose an average of a little more than 60,000 members every year. This has gone on for fifty straight years—meaning that if this numerical pattern continues there will be no more Presbyterians by the year 2042. That, quite honestly, is shocking! But maybe it should just be more sobering.

On the other hand, my whole adult life has been steeped in the language of and the vocation of transformation and I am struck by how often God takes that which appears to resemble death and transforms it into new life. I saw it in my work in hospice and probation and as a pastor of churches facing organizational grief and loss. I have been struck by how closely new life often follows a period of loss, and how, without loss, new life would not have been possible. 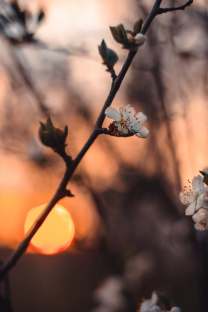 My experience is that if your church is going to live the more hopeful narrative of death and resurrection rather than the hopeless narrative of ongoing and unstoppable numerical decline, it is important that you are honest with yourself about your congregation’s actual energy, resources and future possibility. Honesty is the first step. Without honesty any possibility of new life will just be pushed off down the road.

This is where I want to introduce you to the “Seven to Ten-Year Rule.” Consultants who specialize in church redevelopment and transformation tell us that the average time that it takes to shift a church culture so that it can be open to a transformational narrative is seven to ten years. Of course, this is not a hard and fast rule. I am sure there are stories of churches that did it faster than seven years and even more stories of churches who took much longer than ten years.

But I can also tell you that my own experience bears this out. When I worked with Eastminster in NE Portland I went in knowing that closure was a real possibility. But rather than assuming that we were going to close we decided to approach it as a redevelopment project.

Here is what I can tell you: After about four years we had transformed our ministry enough to begin building around a new sense of mission. However, before we hit the sixth year the energy dried up and we needed to put in place a legacy model. If Eastminster had been able to continue I think they would have needed another three years to come out the other side. That would have put their redevelopment efforts at about nine years, right in that seven to ten-year window.

Over twenty years ago I was serving another congregation where we were moving through a transformation/redevelopment. In that case I pushed the congregation too hard cramming the cultural shift into a more narrow four-year window rather than the more healthy seven to ten-year window. At four years the model exploded and we had to abandon the work and the pastoral relationship. Had I had the patience to give the congregation seven years to make the shift I believe the redevelopment experiment would have been successful and I might have still been there! Who knows?

All I really want from you today is to take seriously this accepted norm that successful attempts at congregational redevelopment or transformation generally follow a “Seven to Ten-Year Rule.”

This would be my advice to you:

When you look around your congregation, do you believe that the people who are there will still be there or have the energy to support the ministry ten years from now?

Just something to think about…

6 thoughts on “The “Seven to Ten-Year Rule””