It started sometime in January of this year.

My hands wouldn’t allow me to lift my razor to my neck and chin. I don’t mean that I suddenly came down with a debilitating disability or that my shirt was too tight to raise my arms. I mean some unconscious psychological force was impairing me from following through on the morning ritual of shaving.

For most of my adulthood I shaved and kept my beard well-trimmed because I liked the look. I thought it looked sharp. Women told me I was handsome. It looked professional and yet softened my face from the harsher clean-cut look that over-emphasized my large nose.

But in recent years I noticed a pattern emerging. I never shaved on Saturdays unless I had a memorial to officiate, a fundraising dinner to support or a new hot date to impress. Increasingly, I noticed that I was letting my stubble grow for one or two days even during the week before deciding, “I really need to clean up.”

Something changed. Something shifted.

The whole exposure of this past year to the unconscious biases and racism of our culture began working on me. And it showed up in the morning in front of a steamy bathroom mirror. If twenty years ago I was shaving because I liked the look, in recent years, I realized that I was shaving to look “presentable.”

But presentable to who? My family doesn’t care. In fact, my kids tease me about when I am going to shake it up a little and “drop that same old conservative look,” in their words. The community where I just bought a house doesn’t care. In fact, many of the men here have long, scruffy, and bushy beards. There is a ruggedness to them that comes from hours of daily physical labor out in the rain and sun.

I realized that who I was trying to be presentable for was associated with my profession—“I can’t show up in the pulpit without having shaved!” “I can’t speak in front of City Council looking scruffy and embarrassing my church or presbytery!” “I can’t visit a patient at the hospital and send the message that they weren’t important enough to clean up and dress up.”

Before my mind knew what was happening to me my hands were already querying me, “Who are you trying to impress and look presentable for?” 2020 changed me.

Over the months, I have begun to wonder if this is how unconscious biases and racism find their way into our individual and collective psyches. It seems like such an innocent thing—whether to shave or not shave. What’s the big deal? But how much have I and all of us been conditioned to believe that to look clean cut and presentable is the holy and right thing to do? “Cleanliness is next to godliness,” may not be too much of an exaggeration.

But my questions went further. How much of my life over the years has been to reinforce a white, professional, upper middle class lifestyle? How much have I compromised on my own unique personality in order to look the part and play a role? How much have I contributed to the unconscious and subtle boundaries that tell us all who is in and who is out? 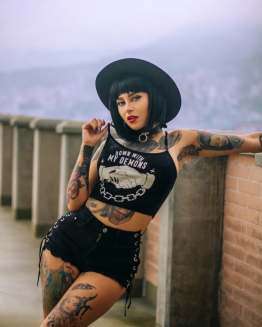 The act of shaving increasingly carried a weight to it this year that I hadn’t expected. It suddenly occurred to me that if I wasn’t willing to take the risk to look a little different then how the hell was I going to accept the tattooed Millenial, the man transitioning to a woman, the West African immigrant, the developmentally less-abled, the recently released rough-looking prisoner, the tattered homeless person, the outspoken feminist, the burka-wearing Muslim, the Spanish-speaking home health aide, the construction worker with colorful language, the cowboy boot-wearing, tobacco chewing rancher, the second-hand store clad single mother, the skeptical agnostic, the always angry, locally-known SOB, the long-haired musician, the proselytizing evangelical, the mothball-smelling grandmother, the PTSD-impaired Vietnam veteran, the food stamp-dependent father, the feather-wearing, earring-dangling free spirit, and the BLM t-shirt-wearing protester.

The events of this past year are changing and transforming me—both inside and out.

How have they been changing and transforming you?